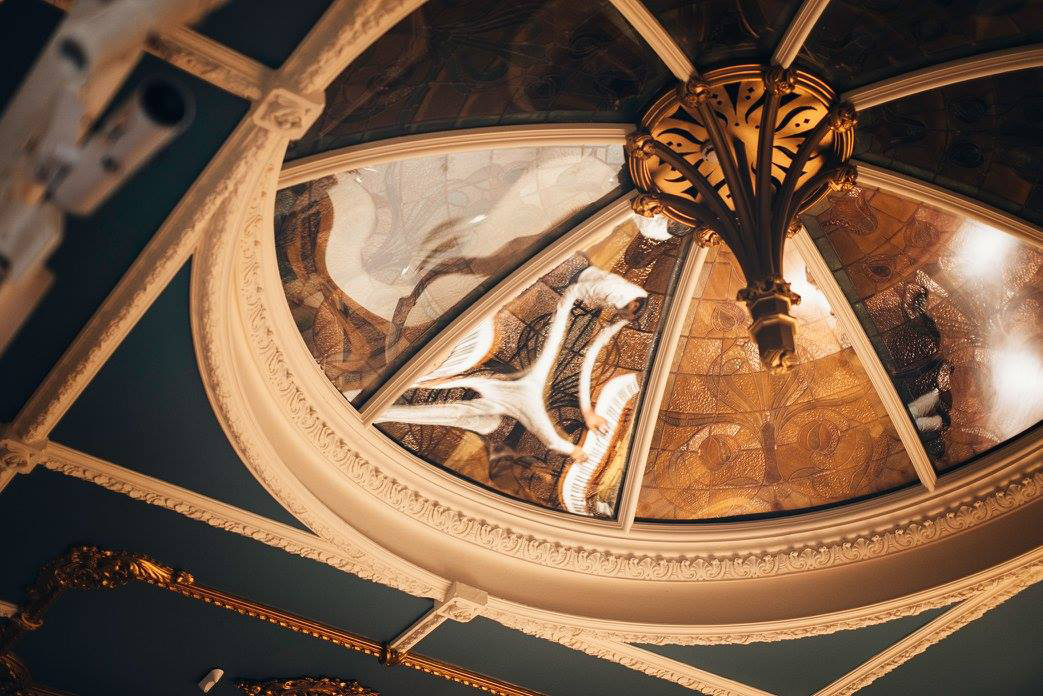 This building was the second Rangiora Borough Council Chambers, replacing an earlier one on the same site in 1907. It was built by local builders Arthur Vincent and John Golding at a cost of £1052. The building was designed by architect Frederick Barlow and it is his most substantial surviving work. It contained a Town Clerk’s office, a public office and a room for the Mayor – later the Electrical Engineer’s office. The first Council meeting to be held in the new Chambers was in June 1907, chaired by Mayor Edward Relph.

Designed in an ornamental classical style, an unusual design aspect of the building is the asymmetrical façade with the front door placed off-centre. One of the most notable features of the Chambers is the beautiful leadlight ceiling dome.

The building was used as the Council Chambers until 1966, when the Rangiora Library and the Council swapped places and the Council moved into the Rangiora Town Hall. In 1977 a five metre extension was added to the back of the library, but the building became increasingly inadequate as Rangiora and the surrounding district’s population grew. The building was almost threatened with demolition, but it was retained by a narrow vote of the Council in favour of incorporating it into the new library building and using the space as an art gallery. The Trevor Inch Memorial Library opened in 1997 and since then the Chamber Gallery has been used as a gallery for art exhibitions and concerts put on by the Waimakariri Community Arts Council.

The Chamber Gallery was closed in June 2011 due to concerns about the stability of some of the walls. Strengthening work and refurbishment was carried out in 2012 and the Gallery reopened in August 2012.

The Council Chambers was given Landmarks status at a ceremony held on Friday 23 May 2014. The plaque was unveiled by Mae Whittington who started working for the Rangiora Borough Council in 1942. The building has a Historic Place Category II registration.

No results were found

No results were found